Did you know California has nine of the top 20 overpriced cities in America?

The Lawhead Team would like to share below an article from Forbes about the top overpriced cities in America. Is it any surprise California contains almost half of them?

Excerpts from “America’s Most Overpriced Cities” can be found at Forbe’s website.

To find the Most Overpriced cities, we started with America’s 100 largest Metropolitan Statistical Areas (MSAs) and Metropolitan Divisions (MDs), all with populations of 600,000 or more. MSAs and MDs are cities and their surrounding suburbs as defined by the Office of Management and Budget.

Not surprisingly, California has the greatest number of overpriced cities on our list (nine), with San Jose the highest-ranking Golden State metro area (No. 4). In the San Jose-Sunnyvale-Santa Clara MSA, according to NAHB figures, only 26% of homes are affordable to families bringing home the median income of $101,300. (The median home sales price was $625,000 in Q4 2013.) “In areas in California where salaries are high, demand is high, and building activity is restricted, prices are high,” says Cynthia Kroll, chief economist for the Bay Area Association of Governments. 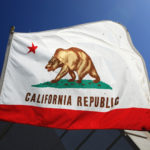 Housing affordability is even worse in San Jose’s northern neighbor, San Francisco, where the median family making $101,200 can afford only 14.1% of local homes (median sales price for Q14 2013: $800,000) according to NAHB data. In fact, that ranks San Francisco dead last in terms of housing affordability among the cities we evaluated for this list. The only reason San Francisco comes out less overpriced than Silicon Valley is that greater San Jose’s lower home prices were offset with higher costs for daily expenses. Groceries are 20% above the national average (compared to SF’s 16.2%), utilities 24.2% (compared to 7.6% lower than the national average in San Francisco); Silicon Valley also has a slight advantages in transportation and health care costs. But we’ll admit that the difference in our scores for these places is fairly minimal.

Read entire article on America’s Most Overpriced Cities by clicking on the link.