About Us – Meet The Lawhead Team 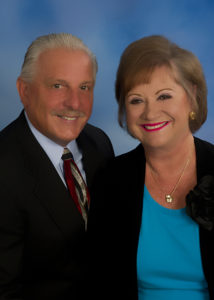 Marilyn has been actively selling real estate for 34 years and has been with the Encinitas office of Coldwell Banker since 1995.  Having served in the real estate industry in all types of economic conditions, and after experiencing relocations from Houston, where she was born and raised, to Long Island, New York and then to San Diego, she is very qualified to assist clients with their housing needs and address relocation concerns. Marilyn treats The Lawhead Team’s clients in a professional and efficient manner and is very hands-on from initial introduction and throughout the entire transactional process, ensuring that the client’s real estate needs are met and the experience is a positive one.

Marilyn takes great pride in her ability to quickly establish and maintain client communication in a timely manner, and has taken numerous continuing education courses to help maintain the professional skills necessary to succeed in this business. She is a Certified Residential Specialist (CRS), the highest level of designation offered to Realtors which is attained by only about 4% of agents worldwide.  She is also a Certified Negotiations Specialist (CNS), an e-Pro specialist (a designation based on computer skills) and is Secretary and a founding member of the Women´s Council of Realtors in North San Diego County.  Marilyn has been awarded numerous company and industry sales awards during her career and is an active member of the North San Diego County Association of Realtors. She received the “Entrepreneur of The Year Award for 2010” by the Women’s Council of Realtors and was the recipient of the “Woman of the Year for 2011” by the National Association of Professional Women (NAPW).

Marilyn has been married to Creighton for 39 years and has two stepchildren and six grandchildren.  She leads an active lifestyle and is a member and ordained Deacon of the Solana Beach Presbyterian Church and donates many hours of volunteer work in the community.  Marilyn is an avid golfer and she and Creighton are golf members of The Club @ La Costa.  She is a strong supporter of the San Diego Padres. Marilyn and Creighton own a beautiful second home at the Desert Princess Country Club & Resort, a gated community on a pristine golf course in the Palm Springs area.  She enjoys travel, especially to visit family in Indiana, Illinois, West Virginia, Alaska and Texas.  Her family has been very supportive of her career and she has listed and sold many properties to her circle of friends and family members over the years.  The majority of Marilyn’s business has been from personal referrals and very satisfied past clients.  She takes great pride in, and has a very high degree of satisfaction, assisting first-time buyers to achieve their dream of home ownership.

In 2010, Creighton transitioned to the real estate industry from a successful 36 year career in the diagnostic, pharmaceutical and biotechnology sectors of the healthcare industry.  During this successful career he introduced over 20 products to the U.S market, and built several sales organizations, including his role as the first Director of Sales for Hybritech, the first biotech company in San Diego.  He also served as Vice President and Head of Commercial Affairs and Investor Relations for the Immune Response Corporation, a biotech company co-founded by the late Dr. Jonas Salk, and spent the last 5 years of his career as Chief Business Officer of NovaRx Corp., a San Diego based  biotechnology company in the final phase of testing Lucanix, a therapeutic vaccine to treat non-small cell lung cancer.  In addition to his healthcare senior management experience, Creighton served as President of the World Trade Center of San Diego for two full terms, and was awarded the “Outstanding Achievement Award” for his leadership in opening up several Pacific Rim countries for trade with San Diego based companies.

In October 2010, he joined his wife Marilyn, who has over 31 years of real estate sales experience and is a consistent top producer at Coldwell Banker, to form The Lawhead Team.  In December 2010, just two months after forming The Lawhead Team, Creighton and Marilyn received Coldwell Banker’s Outstanding Performance Award (OPA) and were named the top 2 agents out of 75 agents in their office.  This achievement was repeated in November 2011, January 2012, March 2012, March 2014, April 2015, May 2015, February 2016, March 2016, April 2016, June 2017 and February 2019 as The Lawhead Team once again was awarded OPA and were the top 2 agents in their office.  Their sales production has consistently placed them in the Top 4% of Coldwell Banker agents worldwide since forming the team in 2010.  In October 2022, after 12 years as an active agent, Creighton transitioned to Chief Financial Officer of The Lawhead Team.  Creighton and Marilyn have been residents of Carlsbad since 1983 and are both active members and ordained Deacons of Solana Beach Presbyterian Church and volunteer their time to their community.

Creighton was born in Central Pennsylvania, but grew up in Corning, New York.  He is the proud father of a son and daughter and is a loving, nurturing grandfather to six magnificent grandchildren.  He proudly served this country as a former U.S. Army Sgt. in Vietnam and was awarded 2 Bronze Star Medals for valor.  After Vietnam, he returned to attend college under the G.I. Bill and received a Bachelor of Science degree in Business Administration from the Massachusetts College of Liberal Arts and continued his education by receiving an MBA from the University of Massachusetts, Amherst.

Creighton’s enthusiasm, professionalism and sense of humor are infectious, and his demonstrated ability to put others first define the man that he is.

IF YOU BELIEVE THAT THE LAWHEAD TEAM HAS THE EXPERIENCE AND THE QUALIFICATIONS YOU ARE LOOKING FOR IN A REALTOR, THEN PLEASE FILL OUT THE FOLLOWING INFORMATION AND SUBMIT IT TO US.  WE ARE READY, WILLING AND ABLE TO ASSIST YOU WITH YOUR REAL ESTATE NEEDS.  THANK YOU FOR THE OPPORTUNITY.