Mortgage rates on the rise.

As you are probably aware, mortgage rates are now starting to make their way back up from their record low numbers.

An Increase in Mortgage Rates Should be expected

As mortgage rates have risen recently, many people appear to have started to panic. Mortgage rates really haven’t spiked, but they have increased, experts say. The increase appears to be a shock to some, but analysts point out the rates had been dropped to all-time lows.

All good things must end, and that is the case with the mortgage rates. Experts point out that two months ago, a 30-year fixed rate mortgage had an interest rate of only 3.35 percent. Instead of working about them increasing to slightly over four-percent, people need to realize why they were so low.

The rates were reduced because the Federal Reserve had no confidence in the economy. Rising mortgage rates has a positive overall meaning, the economy is improving. An improving economy has a major overall impact on a variety of industries and markets.

What should be expected? Experts say as the economy improves, mortgage rates will slowly increase and make it back to their normal levels.

While some reports have indicated that rising interest rates could negatively impact the housing market, others indicate that is not the case. According to the Mortgage Bankers Association, the volume of applications to refinance mortgages since May has dropped by 53 percent. The volume of applications for purchase-money mortgages, which are mortgages for those wanting to buy homes, has decreased by only eight percent. 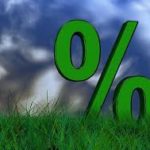 To sum it up, fewer people need to refinance and the number of those wanting to buy since May has been barely affected. The number buying new and existing homes has not been drastically affected by the rising rates. The most recent national average has the thirty-year fixed rate mortgage at 4.51 percent. The Wall Street Journal has pointed out that even when that rate reaches five percent the cost of housing is still affordable by historical standards.

So as the economy improves, the mortgage rates will continue to rise. Overall, that could be a positive thing because it means that many industries are seeing growth. When industries see growth, there is an increase in cash flow. If people have the cash flow, they can and will buy houses. Increasing mortgage rates are not to believe to result in a major negative impact on the housing market, according to analysts.

However, if someone wants to take advantage of the historically low mortgage rates, now is the time to act, experts indicate. As the economy improves, the rates will continue to climb.