The Lawhead Team would like to share this great article from The San Diego Union Tribune about just how much home prices have grown this year. 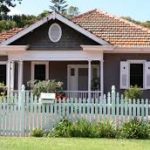 Home price gains in San Diego County held steady in May, as the local housing market geared up for its annual peak season. The S&P Case-Shiller Home Price Index showed Tuesday that resale single family homes gained 4.8 percent in value from May 2014 to May 2015. Since September, home prices have grown between 4.5 and 5 percent on an annual basis.

The growth shows that the housing market is now in a stable phase. In other words, it is no longer being paced by investor led activity that had home prices rising more than 21 percent annually in the summer of 2013. At the time, the region was coming out of the Great Recession and there was a high supply of foreclosure resales. Instead, the more recent gains have more to do with supply, demand, and employment gains, said Jordan Levine, economist at Beacon Economics.

“Supply is still pretty tight while demand continues to improve and that spells ongoing increases in prices,” he said. “I wouldn’t be surprised to see it pick up the pace a little bit while rates remain low.”

There has been speculation that the Federal Reserve will raise a key interest rate in the fall, which could then cause historically low mortgage rates to rise.

San Diego’s 4.8 percent annual gain ranked it 12th on the 20-city Case Shiller Index. Nationwide, home prices rose 4.9 percent on the 20-city composite. They rose fastest in Denver, growing 10 percent, and in San Francisco, where they are up 9.7 percent.

CoreLogic, another real-estate tracker, reported that in May single family home prices rose 8.2 percent over the year to a median $502,000.

David Blitzer, chair of the index committee at S&P Dow Jones, said nationally that single family home prices have settled into the 4 to 5 percent annual growth range, following the bubbly pattern seen in 2013. He said, however, that he sees the pace falling over the next couple of years.

“As home prices continue rising, they are sending more upbeat signals than other housing market indicators,” Blitzer said in a statement. “First time homebuyers are the weak spot in the market. First time buyers provide the demand and liquidity that supports trading up by current home owners. Without a boost in first timers, there is less housing market activity.”

Levine said a big obstacle for first time buyers is that higher median prices command more of a down payment, which is hard to come up with.

The following article was from The San Diego Union Tribune: http://www.sandiegouniontribune.com/news/2015/jul/28/case-shiller-real-estate-May-homes-mortgages/