The Real Estate year in review.

The Lawhead Team recently came across a great article from the Union Tribune on 2013’s Real Estate year in review.

Real Estate article can be found at Union Tribune’s website.

Historically low interest rates and limited inventory in 2013 fueled some of the greatest housing appreciation in San Diego County since the early 2000s.

“Last year, we saw home values catch up to where they should have been if we didn’t have that market correction in the last of the 2000s,” said Mark Goldman, a loan officer and real estate lecturer at San Diego State University.

San Diegans bought 42,702 homes last year, a slight uptick from 2012 but the most since 2006, the last full year before the Great Recession.

Last year was a great year for investors, who in June enjoyed 24.1 percent annual appreciation — a post-Great Recession record — to a median price of $420,000.

Noncash buyers had a much harder time, routinely outbid by those who could write a check for a property.

“You can’t compete with buyers coming in all-cash because all that the sellers are looking for is a quick close,” said said Joe Bertocchini, residential real estate director at the University of San Diego.

The appreciation tempered by the fall and winter. For sales in December, the median was down to $415,000, still a 15.9 percent year-over-year increase, real estate tracker DataQuick said.

Goldman expects the market to stabilize in 2014. He said appreciation should continue slowing until it returns to single-digit levels. Prices are also seeing downward pressure, as interest rates rise and investors no longer can get the quick-flip return. 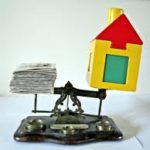 Overall, in 2013, there was an average 5,523 active listings each month in the county, says the San Diego Association of Realtors. Some months in 2010 saw more than 13,000 listings.