The Lawhead Team would like to share the latest key points from the CALIFORNIA ASSOCIATION OF REALTORS® January 2016 resale housing report. 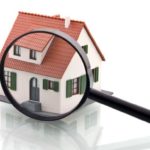 • C.A.R.’s Unsold Inventory Index rose to 4.3 months in January from 2.8 months in December, primarily due to slower sales and an increase in active listings. The index stood at 4.9 months in January 2015. The index indicates the number of months needed to sell the supply of homes on the market at the current sales rate. A six- to seven-month supply is considered typical in a normal market.

• According to C.A.R.’s sales-to-list price ratio*, properties are generally selling below the list price, except in the San Francisco Bay Area, where a lack of homes for sale is pushing sales prices higher than original asking prices. The statewide measure suggests that homes sold at a median of 97.9 percent of the list price in January, up slightly from 97.1 percent at the same time last year. The Bay Area is the only region where homes are selling above original list prices due to constrained supply with a ratio of 100.3 percent in January, up from 100 percent a year ago.

*Sales-to-list price ratio is an indicator that reflects the negotiation power of home buyers and home sellers under current market conditions. The ratio is calculated by dividing the final sales price of a property by its last list price and is expressed as a percentage. A sales-to-list ratio with 100 percent or above suggests that the property sold for more than the list price, and a ratio below 100 percent indicates that the price sold below the asking price.

**Price per square foot is a measure commonly used by real estate agents and brokers to determine how much a square foot of space a buyer will pay for a property. It is calculated as the sale price of the home divided by the number of finished square feet. C.A.R. currently tracks price-per-square foot statistics for 38 counties.

The previous key points are from January home sales and price report.