The Lawhead Team would like to share the following article on the top 10 zip codes, including Carlsbad, in America from realtor.com. 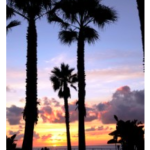 Welcome to the hottest ZIP code in the U.S.! Close to both Boston and Cambridge, Melrose has become a magnet for young professionals and families due to its relative affordability, access to public transportation, and attractive downtown area. The median income for households headed by 25- to 34-year-olds is $88,000—67% higher than for the average millennial in the U.S.

Worthington is a major relocation market. It benefits from being part of the Columbus metropolitan area, which offers stable employment and is the headquarters of a number of financial services and insurance companies—including Nationwide Mutual Insurance Co. and Huntington Bancshares Inc.—as well as Ohio State University. The unemployment rate here is one of the lowest in the country.

Centennial, a suburb of Littleton, is centrally located south of Denver at the intersection of Interstate 70, which traverses the U.S. from Ohio to Utah, and I-25, which cuts a swath from New Mexico to Wyoming. Centennial boasts a major retail presence and proximity to the area’s largest employer, Lockheed Martin. A new Charles Schwab campus opened in October 2014 that is expected to employ approximately 2,000 people. Like in Melrose, the median income for households headed by 25- to 34-year-olds is $88,000, making it a good place for millennials. Homes here sell faster than anywhere else in the nation, spending approximately two weeks on the market.

A suburb of Dallas, Plano is home to the corporate headquarters of Dell Services, Dr Pepper Snapple Group, Ericsson, and Frito-Lay Inc., as well as the future headquarters of Toyota Motors USA. Plano is also home to a new $2 billion, 240-acre mixed-use development, Legacy West, which is bringing more businesses and thousands of new jobs to the area. Thirty-six percent of local households earn $100,000 or more, and that share is expected to rise to 40% by 2020.

Novi is near the General Motors Technical Center in Warren, the General Motors Proving Grounds in Milford, and the Ford headquarters in Dearborn. It’s also home to some of the region’s largest health care systems. It is centrally located with quick access to highways, the Detroit airport, and a re-emerging downtown Detroit. The Novi Community School District is also a major draw for this ZIP code. Unemployment here is 57% lower than in the rest of the metro area, and households headed by 25- to 34-year-olds earn a median income of $80,000.

This ZIP code falls within the city of San Antonio, but in the North Central district, which has a suburban feel. San Antonio is home to the corporate headquarters of USAA, Valero, Rackspace, NuStar Energy, and Harland Clarke. Nicknamed “Military City USA,” San Antonio has a large military presence with about 100,000 people employed by the armed forces. The population has grown 7% in the past five years, twice as fast as the rest of the country, and the share of households earning $100,000 or more is expected to grow 15% by 2020.

Crestwood is a suburb of St. Louis. A combination of affordable homes and good-quality schools propel it to No. 7 on this list. The average cost of a home here is about half the price of those in the neighboring ZIP codes of historic Kirkwood and Webster Groves. Crestwood is the least expensive community that feeds into Lindbergh Schools—a district that has received national honors and several state awards. It’s no surprise that the homeownership rate here is one of the highest in the country, at 84%.

One of 78 ZIP codes in Austin, 78729 is on the city’s north side. It includes the residential Jollyville neighborhood, which offers prime access to many of the city’s major tech companies, including Apple, IBM, and Dell. Jollyville also feeds into one of the best school districts in the area, Round Rock ISD, and offers affordably priced homes that are perfect for first-time buyers. Millennials make up 23% of the population, 75% higher than the U.S. average, and the share of households earning $100,000 is expected to grow 23% by 2020.

Ranked as the fourth fastest-growing metropolitan area by the U.S. Census Bureau, Fargo is home to robust health care, technology, agriculture, and education industries with corporate offices for Microsoft and Sanford Health. The unemployment rate is one of the lowest in the country.

Nicknamed the “Village by the Sea,” Carlsbad is close to San Diego, the Legoland theme park, and Marine Corps Base Camp Pendleton. Two of its four ZIPs are right on the coast and quite expensive. Located farther inland than the others, 92010 offers buyers a big selection of multifamily units, which is a good way to get into the pricey California real estate market for under $600,000.