The Lawhead Team came across a great article from CNN Money about the bidding wars Southern California is experiencing in the housing industry. Check out the article:

The home bidding wars are back!

The competition has been most intense in California, where 9 out of 10 homes sold in San Francisco, Sacramento and cities in Southern California have been drawing competing bids.

The bidding wars are back. Seemingly overnight, many of the nation’s major housing markets have gone from stagnant to sizzling, with for-sale listings drawing offers from a large number of house hunters.

In March, 75% of agents with broker Redfin said their clients’ offers were countered by rival bids, up from 56% who said so in late 2011.

The competition has been most intense in California, where 9 out of 10 homes sold in San Francisco, Sacramento and cities in Southern California drew competing bids during the month. And at least two-third of listings in Boston, Washington D.C., Seattle and New York generated bidding wars.

“The only question is not whether a new listing will get multiple bids but how many it will get,” said Kris Vogt, who manages 14 Coldwell Banker offices in the Sacramento area. One home in an Elk Grove, Calif., subdivision recently received 62 separate bids. The final sale price was for more than $150,000, well above its $129,000 asking price.

In Cambridge, Mass., two condos that could be combined into one large home hit the market two weeks ago for $800,000 each, according to Pat Villani, president of Coldwell Banker Residential Brokerage in New England. 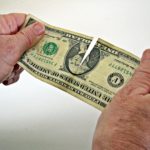 “The brokers stopped taking names after the number of bidders reached 250,” she said. The winning bidder offered $2 million for both units.

Many homeowners are still underwater, owing more on their mortgages than their homes are worth, and they want to wait until selling becomes profitable again. By doing so, they can avoid short sales, which carry big hits on credit scores, 85 to 160 points, according to FICO.