Great news! New jobs are on their way for San Diegans.

The Lawhead Team would like to share a recent article we came across and it is full of good news! 31,000 new jobs will be coming up for San Diegans!

31,000 New Jobs for San Diego Predicted in Latest Econ Index – From the Times of San Diego

The University of San Diego Burnham-Moores Center for Real Estate’s Index of Leading Economic Indicators rose 0.3 percent between July and August, it was announced Wednesday. 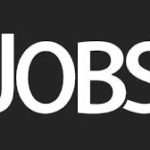 “The outlook is for continued solid growth in San Diego’s economy at least through the first half of 2015,” said USD professor Alan Gin. “The local economy has done well so far this year, with the county on a pace to add 31,000 jobs.”

The August surge was fueled by an improving employment picture, consumer confidence and the outlook for the national economy, offsetting declines in residential building permits and a dip in prices for local stocks, according to Gin.

If the jobs growth pace continues, it will be the first time since the late 1990s where at least 30,000 positions were added in three straight years, according to Gin.

Wednesday’s release was the first for the index since January. The normally monthly snapshot had been on hiatus because of difficulties in obtaining help-wanted advertising data, Gin said. He said the issue has been resolved, and he plans to release his next report by the end of this month.

Read entire article about new jobs in San Diego from the Times of San Diego: http://timesofsandiego.com/business/2014/10/08/economic-forecast-continued-solid-growth-san-diego/