Fourth of July fun filled activities for the family.

Did you know…… that John Adams and Thomas Jefferson, both of whom signed the Declaration of Independence and went on to serve as Presidents of the U.S., died on July 4th, 1826? Another Founding Father, President James Monroe, died on July 4, 1831, becoming the third President in a row to die on July 4th.

Fourth of July is a fun time to get together with family and friends, enjoy the summer sun and have some fun. If you are looking for something to do this 4th of July, consider these family activities.

Watch a parade – Most communities have some sort of parade, 5K walk/run or special event happening for Fourth of July. Check your city’s event calendar to find out what’s going on in your area. Many of these events require sign up in advance, so plan ahead. If there isn’t a parade in your community, you can put together a mini parade in your own neighborhood. Dress up the kids in red, white and blue attire and give them flags to carry as they march around block singing “The Star Spangled Banner.” 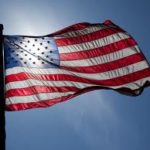 Head to the park – Spend the day at the park, beach or lake with your kids on Fourth of July. Even though the fireworks don’t happen until after dusk, there’s plenty to do during the day. Pack a picnic, bring a Frisbee and just enjoy some time outdoors with your family.

Brush up on your history – Teach your kids more about Independence Day. Considered America’s birthday, Independence Day is the anniversary of the day the Declaration of Independence was adopted by the Continental Congress — July 4, 1776. Independence Day was first celebrated in Philadelphia on July 8, 1776. In 1941, Congress declared the Fourth of July a legal public holiday.

Host a potluck barbecue – Host a backyard barbecue for family, friends and neighbors. You don’t need to do all the cooking yourself. Make it a potluck. You can supply the meat and your guests can pitch in with side dishes, desserts and drinks.

If you don’t feel like cooking or hosting a party yourself, head to your local amusement park. Many amusement parks, baseball stadiums and other major tourist attractions hold fireworks shows, festivals and other events for Fourth of July. Kids will love it — and you won’t have to do any work.